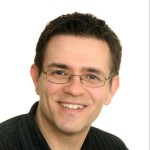 We held our final KIN meeting for the current year last night. There were lots of special guests including many from other KIN clubs, there

were many awards given out, a cheque presentation to Anselma house for over 22,000, inducted new members and the 2011/2012 executive was installed. We have a new president!! Congratuations to Tina Littler!! She is our new president for 2011/2012. The new year starts in September  and it looks like she has an exciting year ahead of her.

We would like to give special thanks to Chris Kekes (Zone A Deputy Governer) for installing our new executive and Colleen Wake (District 1 Governer) for inducting four new members.

Here is a list of the rest of the executive:

2 thoughts on “The Kin Club of Woolwich 2011 Executive Announced”